Facts about Iași - my QTH 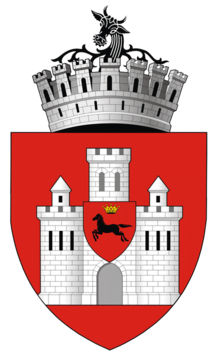 The Dacians, followed by their Greek, Roman and Byzantine herds had given the town a first rank position on the commercial map that covers the North, the East and the Black Sea.
Founded before the 14th century, Jassy ( Iasi ) was the capital of the principality of Moldavia from 1565 to about 1860.
It was burned repeatedly: by the Tatars in 1513, by the Turks in 1538, and by the Russians in 1686.
The Treaty of Jassy (1792) concluded the Russo-Turkish War of 1787 . During World War I (1914-1918), Jassy temporarily replaced Bucharest as the capital of Romania.Jassy is also the first center of the 1848 Romanian Revolution. The idea emerged here have spread over the entire territory of the country.
The period between the two world wars represents another important moment of cultural flourishing, through the works of the group of intellectuals around the journal “Romanian Life” (Viata Romaneasca)

Jassy does not only belong to its inhabitants. It has the rare and hardly acquired privilege of being everyone’s. It is not only the metaphysical city of tolls, hills, monuments and indescriptibile sunsets, but also the town with the highest density of poets and museums in South-Eastern Europe.
Through everything it has, this town stands for some sort of national library, a tiny but expressive part of the European and Universal collection.
Immortalized in stamps and paintings, the town flows slowly into the conscience of the world. Thus, the year 1647 finds Bandini comparing it to a “new Rome”.
The years of “Junimea” (cultural society, school of poetry, lectures, journals and modern criticism ) have been the most fruitful in the literary history of our nation.
Iasi  is the seat of the Orthodox metropolitan region of Moldavia and of a Roman Catholic archbishopric.     There are in Jassy many churches from the XVIth and the XVIIth centuries, among which is the church “Trei Ierarhi”. In Jassy there is the Palace of Culture, with museums of history, art, ethnography, the National Theatre, a Philharmonic Orchestra, the Metropolitan Cathedral.

The first University in the country is “Al. I. Cuza” from Jassy (founded in 1860). In Jassy there are many state and private universities and an Academy and there are also many libraries and foreign cultural centres, among which there are the British Council , the French Cultural Center, the German Cultural Center .